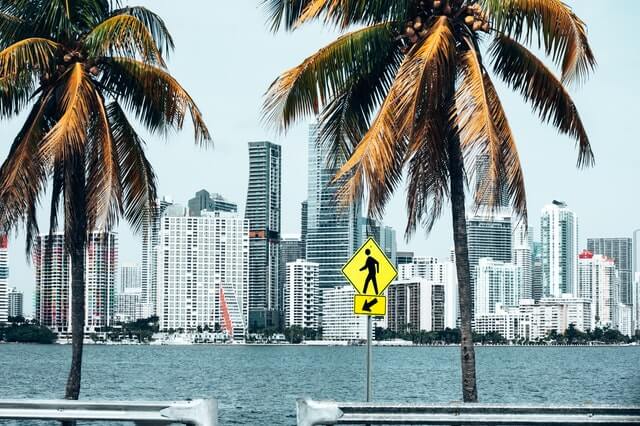 For the past decade, Miami-Dade County has had the most fatality accidents every year, followed close behind by Broward County, making it the deadliest county for motorists in Florida. Over the years, the number of accidents that resulted in death in the county has risen steadily to just over 300 per year.

At least some of the reason for Miami-Dade’s high number of vehicle fatalities is because of its large population. But there are also some other factors that contribute to this terrible statistic.

Here are a few things you should know as a driver in the Miami area.

Miami Is Not Friendly to Pedestrians or Bicyclists

While Miami-Dade can be dangerous for motorists, it is even more dangerous for those who are on foot as well as cyclists. With high traffic volume, the majority of focus in street planning and other projects goes to making it easier to drive.

The focus is rarely placed on those who are on their bikes or who are walking, which can lead to roads that are not safe for anyone who doesn’t drive. Fatality accidents are more likely for pedestrians and two-wheel vehicles.

Many people want to make it safer for pedestrians and cyclists, and they have started coming up with solutions that work. For instance, bike-only paths and slow-down areas for pedestrians to cross safely are becoming popular. While some areas of Miami-Dade—such as downtown Miami—have implemented solutions that keep non-motorists safe, the majority of streets are still too dangerous.

Intersections Are Not Designed to Handle the Volume We See Today

According to a report by the American Society of Civil Engineers, Florida is not keeping pace with its drivers’ needs. Cities like Miami are not funding infrastructure projects adequately to keep drivers safe. This contributes to congestion and other unsafe driving conditions.

Miami also has some of the state’s most dangerous intersections, which contribute to fatality accidents. These intersections are not designed to handle the amount of traffic that Miami currently experiences every day. Congestion can lead to driver frustration, which can cause poor decision-making that could contribute to an accident.

To conclude, Florida’s roads, especially in the Miami-Dade area, are among the most dangerous for fatality accidents because of the conditions that surround them. From poor infrastructure for pedestrians and cyclists to the design of roadways and intersections, Miami has a lot to contend with.

If your loved one was killed in a car accident, you could be entitled to compensation. Talk to the car accident attorneys at Pacin Levine Attorneys at Law today so that we can discuss your case.

Not sure if we can help? We are happy to set up a consultation to go over the details of what happened to see if we will be a good fit. Don’t wait another second to take your first step toward a just settlement.

Intersection Accident: 4 Simple Ways to Avoid Getting into One of the Most Common Car Accidents

Motorcycle Accident Compensation: Can I Still Recover If I Was Riding without a Helmet?

Not all slip and falls are created equal

Protect yourself from Uninsured Drivers

How Long Do I Have to File a Trucking Accident Lawsuit?