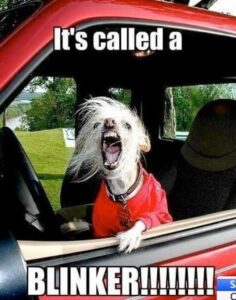 With the release of the newest installment of the Fast and the Furious serious, you may have seen an increase of aggressive drivers on the road.  Do not be fooled, however, most of these drivers are nowhere near professional level, but the road rage they elicit can be just as dangerous as the movies.

Road rage occurs when a driver engages in deliberate and aggressive behavior while behind the wheel.  According the National Highway Safety Administration, approximately 6.8 million crashes occur in the United States each year, and a substantial number of those crashes arise from incidences of aggressive driving.  Aggressive drivers are estimated to account for 13,000 injuries or deaths in the last 25 years.

In South Florida, we are used to congested traffic and delays, but it is important to keep your head while on the road.  Hand gestures, tailgating and honking at other motorists can be seen as a sign of aggression, which may escalate into an incident of road rage.  It is extremely important to avoid these types of confrontations.  Insurance companies will often deny coverage to motorists involved in an accident if the accident arose from the deliberate and aggressive conduct of the drivers.  This means that if you are guilty of causing the accident while pretending to be a race-car driver, your insurance carrier may refuse to cover you.

Similarly, it is important to be aware that there are other dangerous drivers on the road.  This means you need to be mindful of your surroundings, particularly in rush hour traffic and during late hours on the road.  Avoid excessive lane changes, and be sure to use your signal.  And lay off the horn, the car in front of you can’t go any faster than you can!

But most importantly, be sure to carry adequate Uninsured or Underinsured Motorist Coverage.  This is the insurance that protects you when another driver does not carry enough insurance, or if his or her insurance refuses to provide coverage.

My Uber Driver Got in an Accident: 2 Critical Things to Know If You’re Hurt

How Long Do I Have to File a Trucking Accident Lawsuit?

Should I File a Slip and Fall Lawsuit? 3 Questions to Answer before Deciding

3 Steps to Take after a Car Accident in Florida

In a Slip and Fall? What You Should Do After the Accident